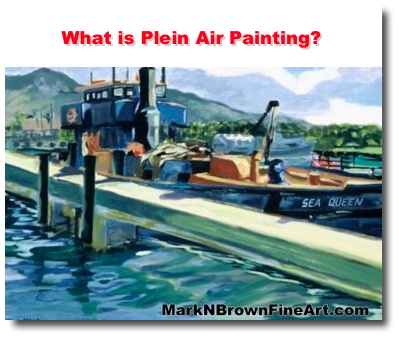 En plein air is a French expression which means "in the open air", and is particularly used to describe the act of painting in the outside environment rather than indoors (such as in a studio).

Artists have long painted outdoors, but in the mid-1800s working in natural light became particularly important to the Barbizon school and Impressionism.

The popularity of painting en plein air increased with introduction in the 1870s of paints in tubes (resembling modern toothpaste tubes).

Previously, each painter made their own paints by grinding and mixing dry pigment powders with linseed oil. The Newlyn School in England is considered another major location of such painting in the latter 19th century.

French Impressionist painters such as Claude Monet, Camille Pissarro, and Pierre-Auguste Renoir advocated en plein air painting, and much of their work was done outdoors.

American Impressionists, too, such as of the Old Lyme school, were avid painters en plein air.

In the second half of 19th century and beginning of the 20th century in Russia, painters such as Vasily Polenov, Isaac Levitan, Valentin Serov, Konstantin Korovin and I.E. Grabar were known for painting en plein air.

The popularity of outdoor painting has remained constant throughout the 20th century and into the 21st century. 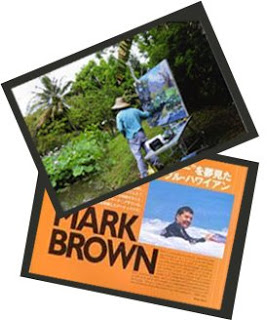